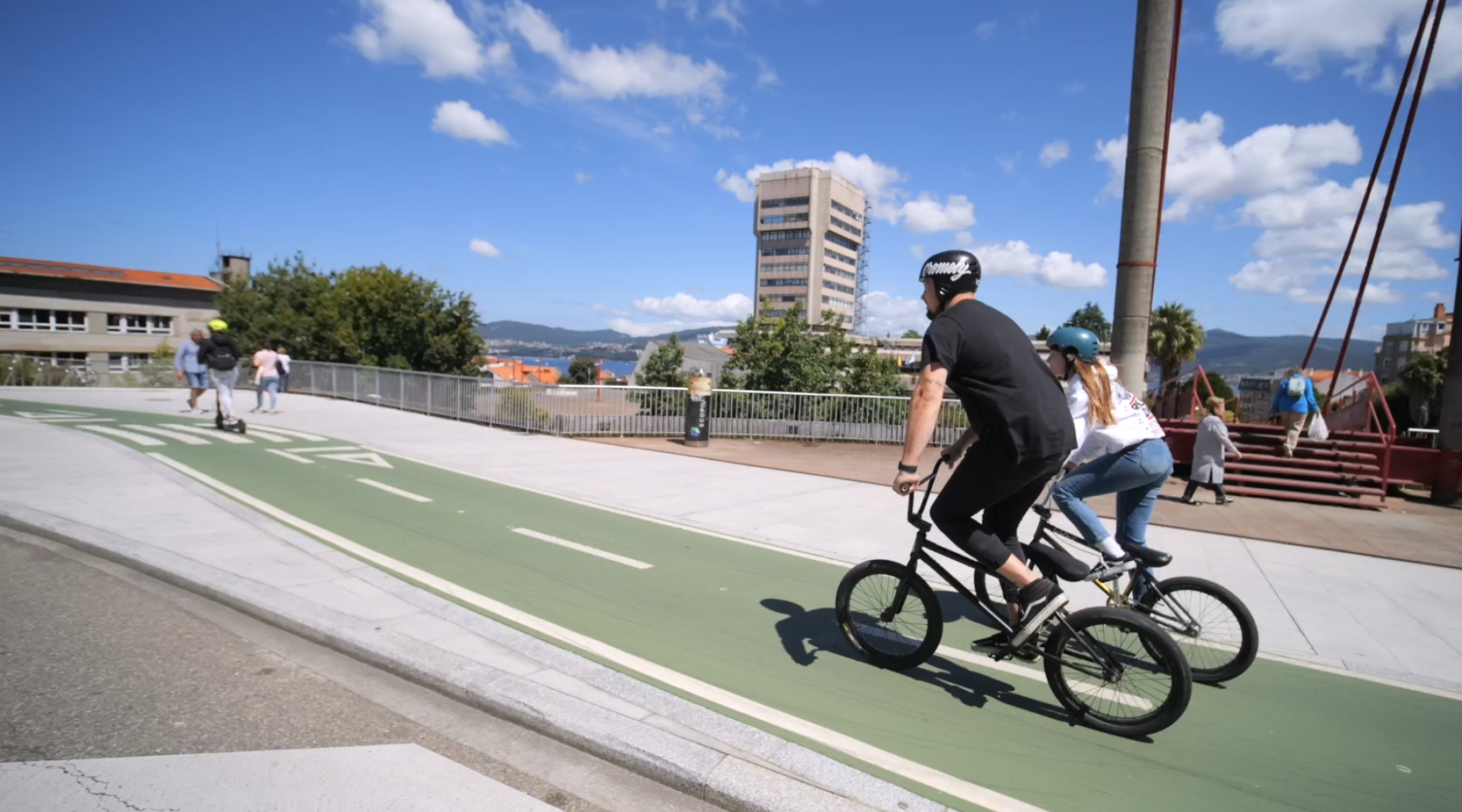 The festival How to arrive How to move Tourism Schedule

The connections between the three spaces in which the XXI edition of O Marisquiño will be held is one of the challenges to be faced by the organization of OM22, which has closed agreements with the City Council of Vigo to increase the frequencies of urban transport (Vitrasa) between the Port, Samil and Vialia.

The decentralization of the festival in three places in the city will favour the decongestion of the Paseo de las Avenidas and will allow greater comfort for the public by having more stands and space. Samil (Skate) and Vialia (Basket 3x3) become in this edition new spaces for the festival that also incorporates a new arrival of Urban Descent in the Berbés area. The challenge of connecting these areas to facilitate access for festival fans is combined with the need to promote public transport in the city and promote mobility systems without fossil fuels such as bicycles, scooters, skateboards and electric motorcycles. To do this, O Marisquiño has the collaboration of public and private companies to implement a sustainable mobility plan. The company Vitrasa will reinforce the public bus lines that connect the different spaces of O Marisquiño, Puerto, Samil and Vialia, three points of great demand that already have high-frequency public transport services and a multitude of lines that independently offer services. The use of scooters, bicycles and skates is becoming more and more widespread in the city of Vigo and during the Festival their use will be promoted to move from one space to another through an increasingly wide offer of bike lanes in the city.

The Council plans to signpost an exclusive lane on Avenida de Europa that links the city with Praia de Samil and adds to the numerous current lanes through the streets of Venezuela, Camelias, Beiramar, and Puerto de Vigo.

This provisional lane will allow light vehicles such as bicycles, scooters and skates to have their fast lane separated from motor vehicles, which will facilitate quick and safe access from the city to the beach.

Vigo is thus consolidated as a sustainable and green city that promotes the use of alternative transport that is added to the Vigo Vertical project with the Castro, Gran Vía, Casco Vello and Vialia Station axes, as well as the belts and escalators that connect the different heights of the city.

Bike lane: 10 km long section that runs through the entire city from one end to the other. From Buenos Aires (Teis) to Coia, passing through Vigo Pizarro Crossing, Venezuela, Camelias and Avenida Castelao.

HOW TO GET TO THE FESTIVAL

Options and discounts for arrival in Vigo by train, bus and boat